I have just watched a recording of the meeting between Pope Francis and Patriarch Bartholomew in Jerusalem. You can watch it here; there is no commentary or translation, though a lot of it is in English, and though the Holy Father spoke in Italian, there is a translation here. You will need to skip over the first part; for a long time there are security men scuttling around doing not a lot.


The Holy Father's homily was very good, but I was very impressed by Patriarch Bartholomew in particular. Unlike the Pope, he always seemed to know what was going on, and shepherded the Pope around; you could see Pope Francis looking out of the corner of his eye to see what he ought to be doing, seeming rather awkward and unsure of himself. But then liturgy isn't really the Jesuits' strong point, I suppose. Bartholomew has an impressive command of languages; his English appears to be completely fluent, and he conversed with the Holy Father easily in Italian, even translating for him at one point. 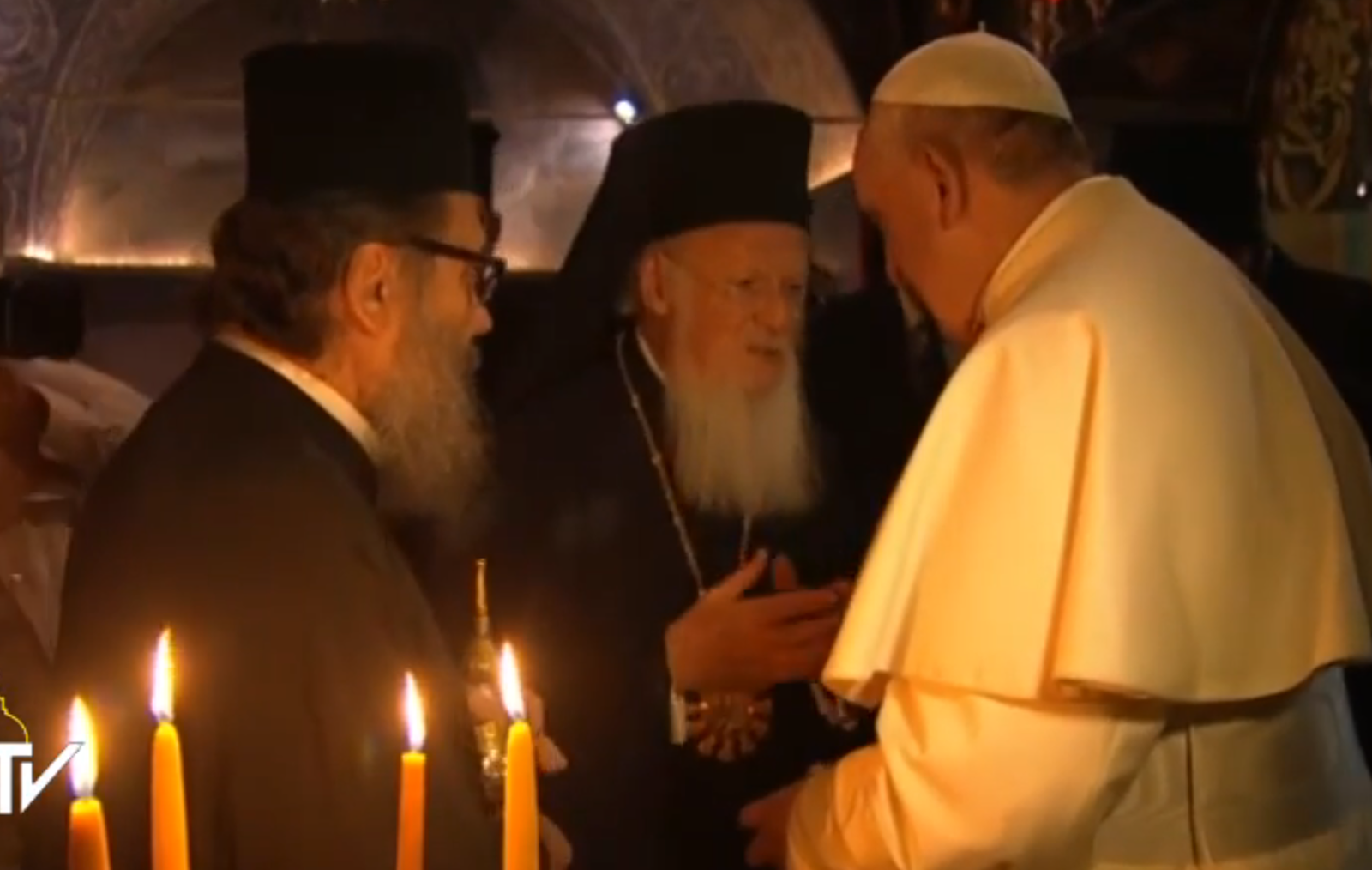 There were two things I found rather touching; the first was at the very beginning, when the successors of the brothers St Peter and St Andrew were about to descend a short flight of steps. The Pope said; 'I can't go quickly down stairs', so the Patriarch, much spryer, simply gave him a hand. 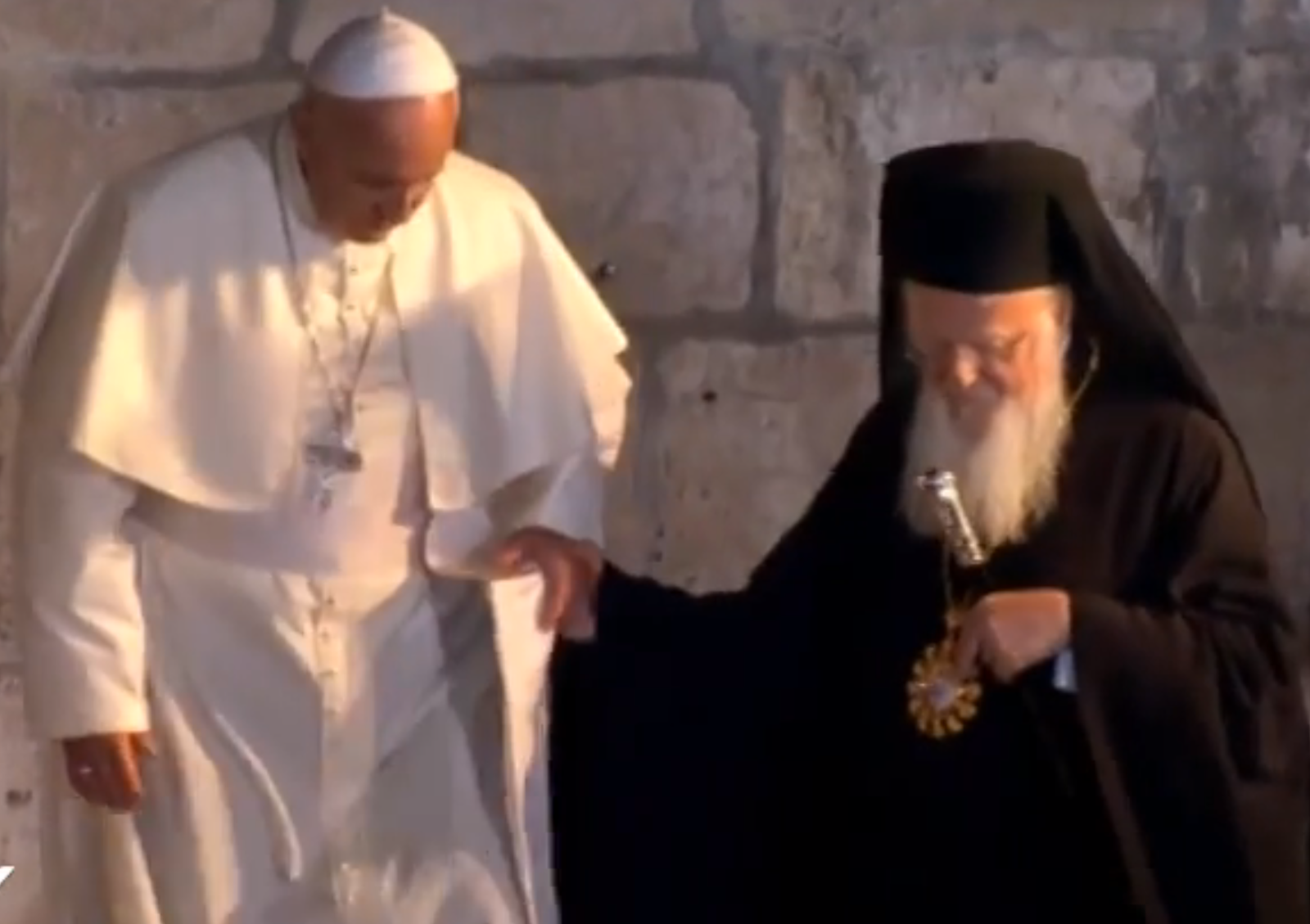 And, perhaps most touchingly, I noticed early on that the chain of the Holy Father's pectoral cross had somehow slipped up over his collar and was against his skin, rather unsightly and certainly uncomfortable. 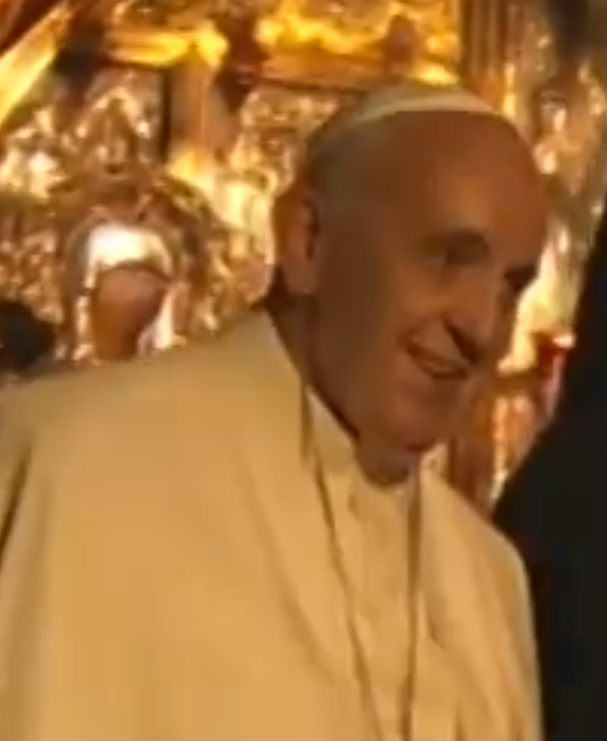 The Patriarch had clearly noticed it, too, and decided to do something about it himself: 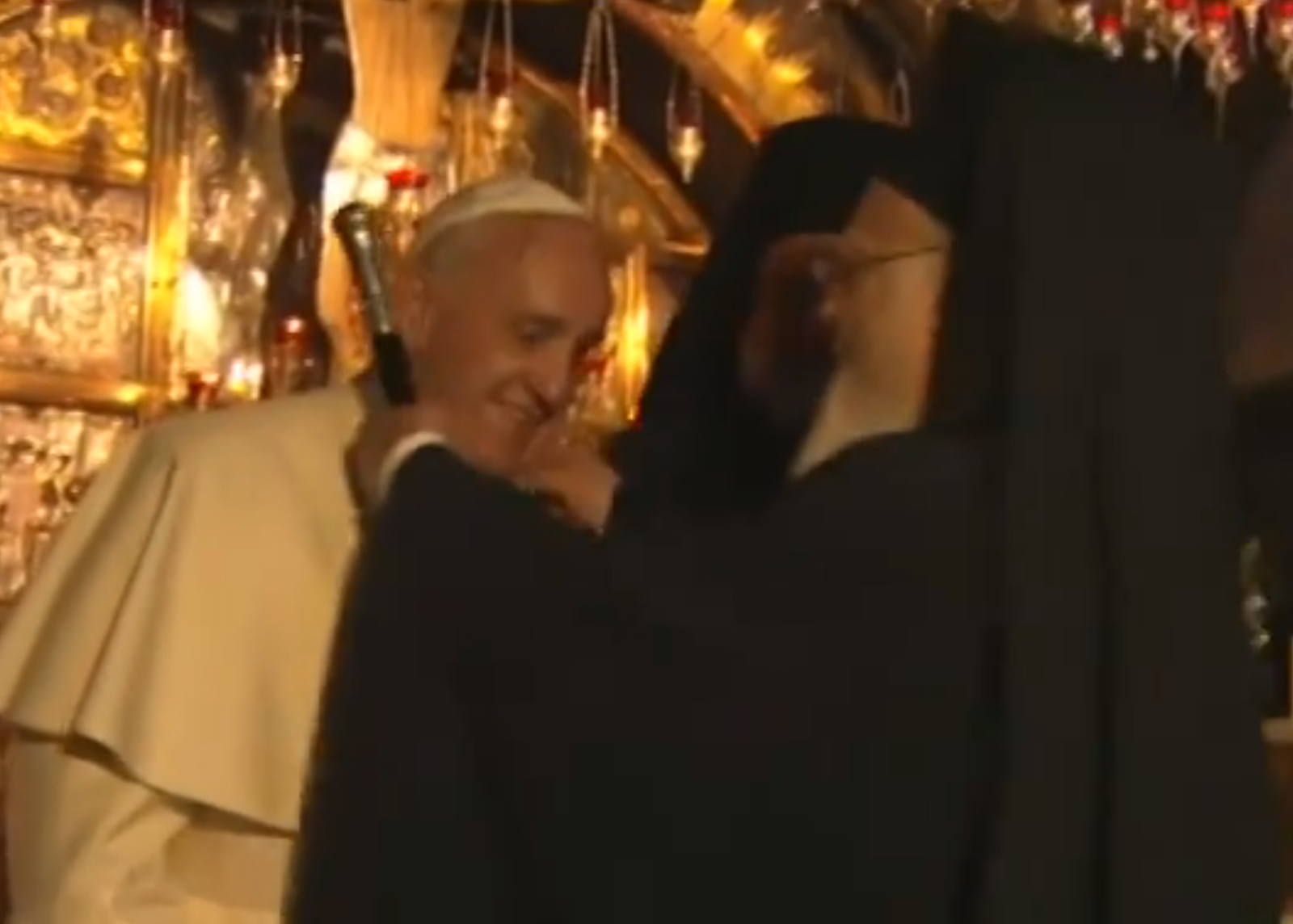 I was reminded of two elderly brothers, the younger carefully looking after the older. Andrew and Peter.
Posted by Pastor in Monte at 11:35

Thanks very much for this insightful little piece!

Aw, this is sweet.

When I was a teenager, I went on a pilgrimage to the Holy Land and I entered the Tomb in the Church of the Holy Sepulchre. The little ancient Orthodox priest on duty in there held my candle while I took a photo inside and did a cross on my forehead. I thought that was lovely.