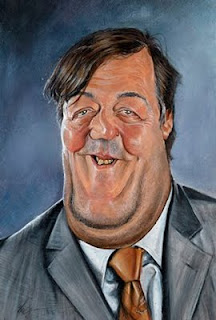 That well-known theologian Richard Dawkins has weighed in with his opinions on the new Ordinariate. They are couched in his usual sweet and reasonable style. Here's a taster:

No wonder that disgusting institution, the Roman Catholic Church, is dragging its flowing skirts in the dirt and touting for business like a common pimp: "Give me your homophobes, misogynists and pederasts. Send me your bigots yearning to be free of the shackles of humanity."

There's nothing like calm reasonable debate, is there? And this is nothing like calm, reasonable debate.
Read the rest here, if you like.
A rant like that really would make me interested in quite what he is spitting and spluttering about. I remember somebody (a Protestant) in the 1980s suggesting that Ian Paisley was really an under-cover Jesuit and agent provocateur; he certainly did a lot of good for the cause of Catholicism by the sheer intemperance of his outbursts. It's nice that he, at least, seems to have taken Michael Winner's advice to 'calm down, dear!' But for the meantime, the more loony Dr Dawkins appears, the more reasonable our case appears.
I hesitate to draw the parallel with the riots accompanying Question Time last weekend, but I would not be surprised if the sheer intemperance of the protesters contributed to an increase of sympathy for the BNP speaker.
What I fear more is the likes of Christopher Hitchens and Stephen Fry. I used to like Stephen Fry; he is witty, erudite, fearsomely intelligent, personable and a marvellous professional communicator. But somehow when you press the religion button, he simply loses it, and turns all his considerable talents to the very thing he professes to hate; hatred. The debate that took place in London last week, with Hitchens and Fry, experienced and articulate speakers, against Ann Widdecombe and Archbishop Oneiyekan of Abuja in Nigeria (who he?) is a case in point. The motion was 'The Catholic Church is a force for good in the world'. Fry and Hitchens turned all their rhetoric against the motion and simply reduced the Archbishop and Miss Widdecombe to a quivering mess. The audience, composed, I gather, of the chattering classes, overwhelmingly voted out Catholicism 1876 votes to a mere 268.
There is a lot one might say: all Fry and Hitchens had to say was 'condoms, misogyny, raping little boys', with all that legendary authority and articulacy, and the other side would be quite unable to reply with lists of the good works that the Church does throughout the world; it isn't sexy, it can't be listed in a handful of minutes. And when the audience is quite plainly hostile (the archbishop was even booed), you can hardly expect even articulate and confident controversialists to do well. Ann Widdecombe did her best, but it simply isn't her field. All Hitchens and Fry had to do was to play to the gallery. I think it was unworthy of them.
I hesitate to say this, but I also suspect the thing was something of a set-up.
I don't fear the Dawkins' of this world. But I do fear the Frys; somebody who can be all cuddly one minute, all sweet reason, with fans in the hundreds of thousands, suddenly spitting hate. As he said on one edition of his quiz programme, QI, when the subject of religion came up, 'shit it, shit it, shit it!' And this is the man who says of himself 'I think of myself as filled with love'.
Love for everyone, that is, except us.
Calm down, dear!
Good stuff here on Christopher Hitchens Watch.
Posted by Pastor in Monte at 19:01

His one saving grace is that like me he has bi-polar affective disorder & we generally change our minds daily!
The silly insults he hurled all seem to feature in one of his own autobiographies as a homosexual boy 7 his relationships..those debating needed to know more about him & throw a few things back at him..the Hitchens guy just makes me feel SIK!
Set up! Well I mean..that's plain obvious!

First, Father, thank you for your charitable and sensible treatment of the proposed ordinariate and the position of those of us Anglicans to whom it is directed(mirrored by the blogs of Frs Finigan and Blake). There's much more sense in the Adur valley, Brighton and Blackfen than among our own hierarchy and among certain nominally "Catholic" scribblers in the national press.

As a Grauniad reader somewhat to the left of the stereotype - for instance, I would wish to see it more willing to line up with workers in industrial disputes - I am rather disappointed to be portrayed there as a misogynist, potential member of the "BNP at prayer" and homophobe (while simultaneously being soft on the poofters who abound among the Anglo-Catholic clergy). Dawkins' rant is about par for the course, but what about the nominally "Catholic" journos and, in the case of the BNP jibe, reader who aim this abuse at us?

We need the expertise of the Catholic Evidence Guild updated from Speakers Corner to TV.

They all point to the Clerical Abuse scandals. Dawkins asks whether the Church covered up the clerical abuse. Well we know many Bishops did cover up and move priests.

Until the Church is honest and open about the clerical abuse and we no longer read of fresh cases emerging every single day the Dawkins of this world will continue to attack the Church for the abuse of boys.

The recent conviction of Father David Pearce of Ealing Abbey and the emergence of the cover-up that was going on there at the Civil trial of 2006 shows that many in authority in the Church have learned little.

How the Devil must rejoice homosexuals priests and religious have given such ammunition to our enemies.

"all Fry and Hitchens had to say was 'condoms, misogyny, raping little boys'"

Yes and they will continue to speak of the clerical child abuse since the Church continues to ordain predatory homosexuals to the priesthood.

Like it or not, religion, already a minority viewpoint in the UK, will be nothing but a footnote in the pages of history within 30 years. Long live reason, science and common sense.

'a footnote in the pages of history', eh? Didn't both Stalin and Hitler say something like that?
'Long live reason, science and common sense.' Well yes; here, at least we can agree. But those three lead me very firmly to believe in God.