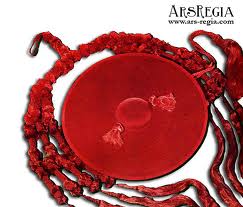 A friend last night drew my attention to the blog of Paolo Rodari, called Palazzo Apostolico. It appears to be very well informed on Vatican politics, and if Italian isn't your thing, there is always Google Translator which will have a pretty good stab at a whole webpage if you enter in the url.


Plus, of course, the non-voting cardinals.


Granted the fact that all these people might have expected to become a Cardinal, it is a little startling to discover that there would be 25 Italians in a potential conclave, which is to say 20% of the 121 Cardinal electors. The Americans come next, with 13 (about 15%). Is the Holy Father suggesting that his successor should be an Italian? The Vatican doesn't think so (openly at least), though it has to be said that the names of Cardinals Scola of Venice and the eloquent Ravasi of Milan are in the air. Rodari, however, is of the opinion that the next Pope will be a Latin American, and the one after, an African.


Still, it is strange that, though the majority of Catholics now live in the Southern Hemisphere, this is not reflected in the College of Cardinals. And a great deal of the reason for this must surely go on the fact that so many Cardinals are from the Roman Curia. More of this in a minute. In his pontificate up to and including his forthcoming third consistory, Pope Benedict will have created 50 voting cardinals, of whom 27 are from Europe (14 Italians) and 23 from the rest of the world. It can be argued that in fact Pope Benedict has simply appointed Cardinals to the jobs that would expect to be accompanied by a red hat, though rigidly excluding all those who still have a Cardinal of voting age, albeit retired from active ministry (Florence, Turin, New York, Toledo, Brussels, and of course Westminster). So, says Rodari, we must expect a fourth consistory some time in the not-too-distant future.


The number of curial cardinals does make one pause and wonder quite when somebody is going to do something about the Curia. It is said that when Pope Benedict was elected, venerable curialists quaked, because, as someone put it, 'he knows where all the bodies are buried'. As a long-time curial official himself, he knows how the system works, and he was best placed to make some changes.


But then, perhaps, that is why he did not tackle the job. He knew that it would be a labour of Hercules, and that not only would he probably not have the time to do it properly, being elderly, but also there were more serious matters needing attention—child abuse, to name but one.


It has always seemed strange to me that bureaucrats feel unable to do their job unless they are created the bishop of a semi-fictional see. They feel, I suppose, that it gives them a certain authority. In a sense, though, I suspect that this is just what the rank of Monsignor is created for; the clobber of a bishop without the clout, as it were, or more precisely, without the cure of souls which surely is the real charge of a bishop. Given that there is an analogy between the canons of the diocese and its bishop with the cardinals and the pope, might we not find in the diocesan custom of creating honorary canonries for those who are superannuated, or worthy of honour, but without the necessity of actually doing the job, a good precedent for creating a class of non-voting, honorary cardinals, to include those who no longer have the cure of souls, or those who never had it, because of working in a Roman office? This would create many vacancies that could be filled with men who do have the cure of souls. And it would mean that Cardinal Murphy-O'Connor and his contemporaries would pass to the ranks of Honorary Cardinals, with all the clobber, while Vincent Nichols would already have been nominated for the Active Red Hat in the forthcoming consistory.

While I recognize the need for administration in the Church, I’ve always felt that there must be something somewhat unfulfilling about working ‘in administration’ for all the clerics working at the Vatican – and mutatis mutuandis in diocesan chanceries, in education or in the offices of Episcopal conferences.

I’m thinking in particular of what a priest is ordained for, versus what he may find himself doing for most of his priesthood – attending to the minutiae of administrative duties. It seems like somewhat of a waste. Yes I know that priests engaged primarily in administrative duties do supply in parishes on weekends tending to the flock whenever possible; that the Gospel can be preached in many ways; example given and salvation achieved even by doing ordinary things.

St. Therese comes to mind and also that lay brother who achieved sanctity while being merely the Porter of the monastery (can’t recall his name offhand). But they were not priests, charged with the administration of the Sacraments and the cure of souls.

So, a radical suggestion – why not employ Deacons to do much of the non-sacerdotal work currently done by priests? Wasn’t that what deacons were instituted for originally? And if more status or dignitas is seen as necessary for the job, then why not a Cardinal’s hat for some of them?

Just wanted you to know there is a new post up at
http://thequestforthepearl.blogspot.com

God preserve us from Ravasi. Have you ever heard him lecture on topics in his chosen field of biblical studies? There are very detectable strains of Bultmannian scepticism.

Do you think that Pope Benedict's instinct for tradition inclines him to believe that popes should be Italian?