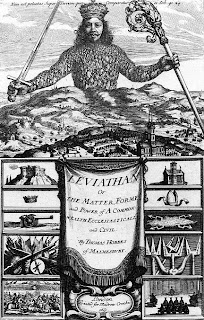 I just watched the Archbishop of Canterbury being grilled on Newsnight by Emily Maitlis. It was a very instructive discussion. Here's what basically went on:

Interviewer: Kids are being put in prison. Is that right or wrong?
Archbp. It's distressing, certainly. It suggests we don't like children.
Interviewer: Then what do we do about youth crime?
Arch: Ah, well, that's a difficult question. Each case has to be discussed on its merits.
Int: Don't you think that's a bit wet? Shouldn't you be saying something stern?
Arch: No no. Stern things are for Hindus, Catholics, Moslems. And they aren't quite so stern on a case-to-case basis.
Int: So you really think that Christian morality is entirely flexible…?
Arch: Oh, not at all. No, no. As a Christian, naturally I think that morality is a jolly good thing. It's just that the government doesn't, and we have to live in the real world.

I felt for him. He was giving an intelligent response to quite a pungent questioning, and one sensed his increasing irritation by him sensing that the interviewer was trying to push him to make statements he didn't want to make. And he is caught in that very awkward Anglican dilemma of having to serve two masters; God and king (or in this case, Gordon Brown), as illustrated in that picture of Leviathan above. But in the end, as he is trying to say-but-not-say, one has to stand for some principles. He could acknowledge only trees; but trees, in this context, perhaps only make sense as being part of a wood.

Here's my experience. As you may have read, we had First Communions here yesterday. Before the ceremony, I spoke to one lad; a bright, cheery, individual who aspires to be an altar server from next Sunday, now dressed in a very smart suit, and extremely happy to be making his Communion.

Here is your solution, your Grace, and Mr Brown.

1) Families. Support them, don't make it a actual tax disadvantage to marry, as at present.
2) Legislate to keep families together. Make it difficult for a parent to abandon a family. Even a bad father (or indeed mother) is usually better than no father (except, of course, in some extreme cases).
3) You can't make people behave by threatening them with the law. They will seek to circumvent it. The only solution is to make them want to behave well, unselfishly, for its own sake, not want not to get caught.
4) For 3 to work, you need religion. Yes, atheists are always saying you don't need religion to act well. But is that true? In some individual cases, of course it is true. There are plenty of moral atheists who live responsibly for the common good. But look at our country now. Has our world-without-God made people want to work together simply for the cause of humanity or for the cause of the planet? Of course not. We have never had to have so many people in prison. Never have I seen so many unhappy faces on people dissatisfied with their lot because they can't get their 'rights'.
They have tried to make Hobbes' Leviathan work (civil coercion) instead of religion to get people to behave, and now we are reaping the rewards.
Posted by Pastor in Monte at 22:56