Nuts in a box 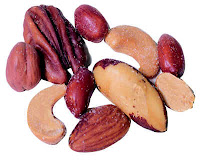 I thought that I might write a letter to The Tablet about Elena Curti's treatment of Fr Tim. However, James McMillan has done so so much better than I might have done. What does strike me in all of this is the unfairness.
All priests know very well that whenever a change of any kind is made to a Sunday Mass, at least a dozen people will take serious offence. When I came to this parish, my first duty was to combine it with a neighbouring parish up the valley, and so Mass times had to be rescheduled. There are several people who, four years later, have still not forgiven me for my inability to bilocate and who therefore attend Mass elsewhere. Some can still be quite vocal, too. This disaffection is a naturally-recurring phenomenon, if I can put it like that, and it is unfair to make it a particular sin in Fr Tim's case, since all of us who have had to make some change to Masses have experienced it.
In the end, people want the Mass they want at the time they want in the location they want, and if any of these things be changed, then there is trouble. A technique that I have found useful is to implement changes ad experimentum, promising a review several months later. When those several months have passed, usually people have adapted, got used to the new way, and are reluctant to undergo further changes. But there are always those few. Like nuts in a box, you only need a few to make a lot of noise.
Posted by Pastor in Monte at 12:38

Father, news just in. The Diocese are offering a course in bilocation for priests who have to cope with the amalgamation of parishes. But all priests will need another CRB check.

I still think it's worth writing a letter to the Tablet, Father.

As they say "time heals all wounds" and of course as people age the rate of forgetfulness accelerates...