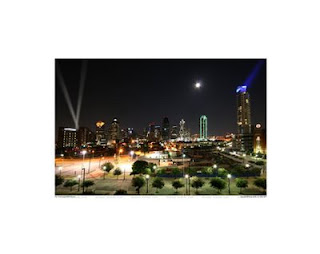 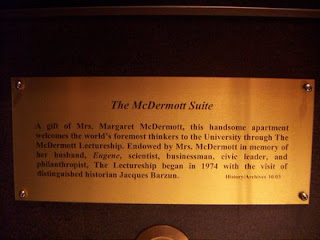 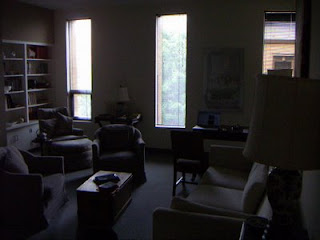 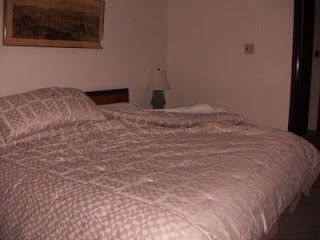 Howdy y'all!
Well, I've now been a day or so in Texas. I flew on a half-full flight from San Diego, having braved, with the help of John, the byzantine check-in system that American Airlines like to operate there. The flight over mostly desert was, I'd like to say interesting, but it wasn't really. But I reacquainted myself with the Brandenburg Concertos on my iPod instead. It was already dark when I arrived at Dallas-Fort Worth airport. The landing was a bit spooky; I could see cars, and buildings, but no visible human being. I made a guess (probably right) that nobody ventures outdoors in July if they don't have to; it is really pretty warm.
We were quickly disembarked from the plane, and I dashed off to the 'restroom' knowing that I'd have 20 minutes at least before my baggage arrived. As I emerged, and squatted down to pull something from my hand luggage, I felt a hand on my shoulder. It was Matt, who had come to meet me. I explained that I was waiting for my main luggage, and that we'd have a while yet.
'Oh no' he said. 'This is Texas; everything is bigger and better!'
And in this case it certainly was, because the bags started rolling off the belt at that moment. Mine was one of the first. Within ten minutes or so of leaving the plane, I was in the car and moving onto the freeway. Or so I thought. We travelled for what seemed quite some time, and then arrived at a toll booth. This surprised me; even more when I saw the tariff for parking. The penny dropped. All this time we had still been in the airport.
'Bigger and better, buddy' said Matt. He's actually not Texan himself, so there is an ironic smile when he says this.
On the road back, we saw the towers of downtown Dallas in the distance.
'See that big tower block; the one with green lines all the way up?' I said that I did.
'That's all in neon lights; it's to represent a stack of dollar bills. Texas really rejoices in its prosperity.'
I gasped with mingled revulsion and delight at the sheer chutzpah.
'There's another one, in the shape of a crystal, to symbolize the wealth underground, and another with a symbolic oil derrick on top'.

Well, what can I say? After a stop at a late-night pharmacy to get this and that (no booze this time; Irving, where I am staying, is a dry county) we arrived at the University of Dallas, which is putting me up. I shall, no doubt, do a post on the University later. I was taken through the deep heat from the air-conditioned interior of the car to the air-conditioned interior of the guest flat where I am staying.
Another surprise. It is seriously posh and comfortable. The a/c whirrs very discreetly on the very edge of audibility, the sitting room (yes, I've got a sitting room) is huge, with soft and smart furniture. The bed is seriously vast: apparently it's called a Californian King-size, and I sleep in a tiny corner of it; there's room for at least one Sicilian family as well. This has been a real and pleasant surprise, as has been catching up with many old friends. More posts tomorrow, I hope.
Posted by Pastor in Monte at 02:13

"Irving, where I am staying, is a dry county) we arrived at the University of Dallas.

[This means you will in all likelihood see MORE booze than in a "wet" county.]

It looks like there's "oil all over your address".